A new study released by the University of Alabama a 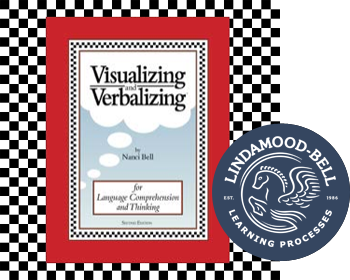 t Birmingham (UAB), in which a group of children with autism spectrum disorder (ASD) received 10 weeks of intensive instruction utilizing the Visualizing and Verbalizing for Language Comprehension and Thinking® program, found that the instruction “was enough to strengthen the activity of loosely connected areas of their brains that work together to comprehend reading.” The children’s reading comprehension also improved.

The children received intensive instruction 4 hours per day, 5 days per week, for 10 weeks, of the Visualizing and Verbalizing program, authored by Lindamood-Bell Learning Processes co-founder Nanci Bell. The program develops concept imagery—the ability to create an imaged whole from language—as a basis for comprehension, critical thinking, and memory. The intensive intervention was administered at the Lindamood-Bell Learning Center nearest each of the children.

Connect with us
Follow us for the latest news, stories, and more!
6
Lindamood-Bell Tutoring Corps Approved by Texas Education Agency

Students of all ages and abilities can make ...