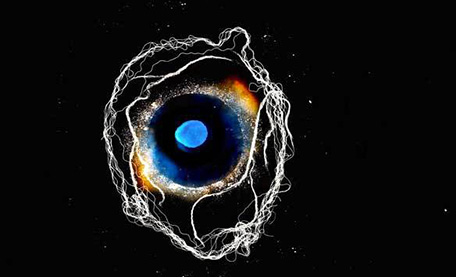 ‘The Eye’s Mind’ is a study, based out of the University of Exeter, of the neural basis of visual imagination, and the individual differences in the ability to visualize.

A conference exploring the project’s findings will be held May 21-22, 2016. The Eye’s Mind: Visual Imagination, Neuroscience and the Humanities is an international conference at Sainsbury Centre for Visual Arts, University of East Anglia, Norwich, UK.

Lindamood-Bell co-founder, and author of Visualizing and Verbalizing for Language Comprehension and Thinking, Nanci Bell, and Lindamood-Bell Research and Development Director, Paul Worthington, are honored to contribute to the conference dialogue on the role of imagery with the following presentation:

Visual Imagery: The Nonverbal Code for Language and Cognition

Imagery is the silent partner to language in human cognition. Behavioral neuroscience in America has validated the role of visual imagery in education as foundational to cognition, specifically for oral and written language comprehension. Recent neurological and behavioral research documents the role of visual imagery in remediating deficits in the area of visual imagination (such as aphantasia) as related to corresponding deficits in language comprehension. These studies are grounded in Dual Coding Theory (DCT) which posits that the dual coding of verbal and nonverbal information underlies human cognition. The application of DCT in a systematic instructional approach has successfully stimulated the nonverbal code of imagery for language in individuals of all ages.  Based on 30 years of instructional experience with 35,000 children in the United States, the United Kingdom, and Australia, five important aspects of the imagery-language connection have been revealed: 1) there are dramatic individual differences in the ability to generate visual imagery, 2) there is a significant correlation between visual imagination and language comprehension, 3) individuals can be taught to consciously generate visual images, resulting in significant gains in reading and language comprehension, 4) linking the sensory input of imagery to language results in significant neurological changes and reading improvements in children with dyslexia, and 5) stimulating the imagery-language connection in children with autism spectrum disorder improves language comprehension that is accompanied by fundamental changes in the connectivity of the brain regions involved in reading comprehension.

Learn more about The Eye’s Mind Study and Conference.

Connect with us
Follow us for the latest news, stories, and more!
8
Lindamood-Bell Academy Offers a Better Way to Learn
Twitter: lindamoodbell

Your student can have a successful school year at ...