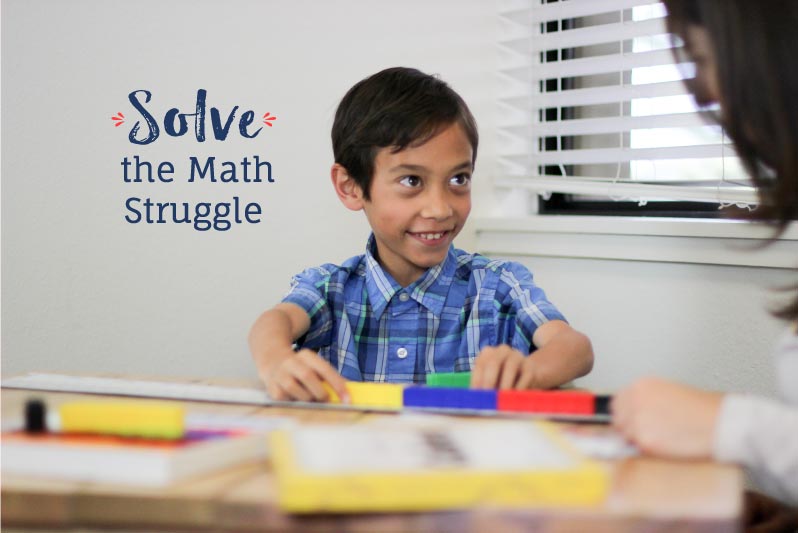 “What’s 6×6 again? Is it … 35?” Conor thinks to himself while chewing on his pencil. He’s been practicing his multiplication facts daily, but he just can’t seem to remember them all. He tries counting on his fingers, but it’s too hard to keep track as the numbers get higher. Surrounded by other fourth graders taking this week’s test, he starts to make little dots next to the problem so he can count those, but he’s running out of time.

For Conor and other students who find math challenging, addition or multiplication facts don’t seem to “stick,” and word problems often seem like a mystery where you just guess at the answer and hope for the best.

The primary cause of math difficulty is a weakness in numeral imagery—the ability to visualize numbers—and concept imagery—the ability to create an imaged gestalt (whole) from language. Individuals who demonstrate weaknesses in these areas have a sensory-cognitive processing deficit that inhibits performance in math. They often attempt to memorize math facts instead of being able to think, reason, and problem solve with numbers. Students who have this weakness may have a diagnosis of dyscalculia.

The On Cloud Nine® Math Program stimulates the ability to image and verbalize the concepts underlying math processes. Concept and numerical imagery are integrated with language and applied to math computation and problem solving. There is emphasis on both mathematical reasoning and mathematical computation.

As part of our effort to maintain an exceptional standard of quality, we continually monitor student learning results. At Lindamood-Bell Learning Centers, students receive individualized instruction, using one or more of our research-validated programs. 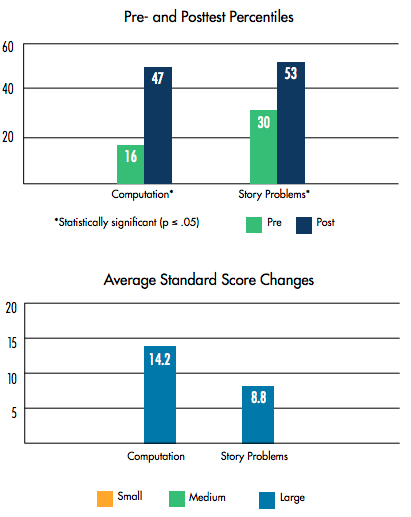 On average, students who received all or most of their instruction in On Cloud Nine achieved significant improvements in math.  They made large (significant) standard score changes on both measures.  Additionally, the 31-point percentile increase in computation put these students within the normal range (25th-75th percentile).  Their pre- to posttest results were statistically significant on both measures. To learn more about our research, click here.