Teaching Math to Students Who Just “Don’t Get It” 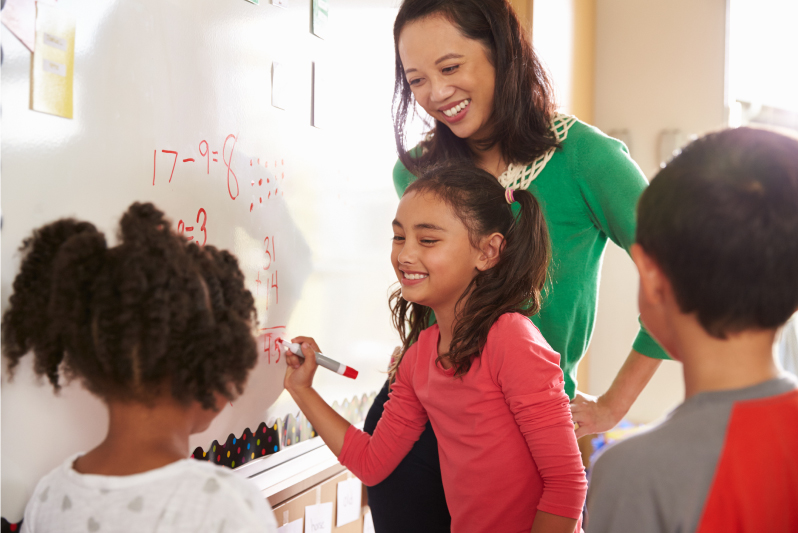 Many students can grasp addition and subtraction problems using math manipulatives. But take away the concrete objects and their understanding seems to disappear. Manipulatives are a very helpful visual representation, but math students of all ages need to learn to visualize what numbers mean as well.

Mathematics is cognitive processing, or thinking, that requires both imagery and language. Imagery is fundamental to the process of thinking with numbers.

The primary cause of math difficulties is a weakness in two areas: numeral imagery—the ability to visualize numbers—and concept imagery—the ability to process the gestalt (whole) from language. Individuals who demonstrate weaknesses in these areas often attempt to memorize math facts instead of being able to think, reason, and problem solve with numbers.

People who are great at math can easily visualize math functions. The language of numbers turns into imagery and they “see” mathematical relationships. However, many individuals may experience an inability to image the concepts underlying math processes. This causes weakness in the following:

The following excerpt from On Cloud Nine Math by Nanci Bell and Kimberly Tuley, explains the importance of both concept and numeral imagery:

“To bring concept and numeral imagery to a conscious level as the missing link in math instruction, On Cloud Nine integrates and applies the principles of Bell’s programs: Visualizing and Verbalizing for Language Comprehension and Thinking (V/V) and Seeing Stars: Symbol Imagery for Phonological and Orthographic Processing in Reading and Spelling (SI). As individuals become familiar with the concrete manipulatives, they are questioned and directed to consciously transfer the experienced to the imaged. They image the concrete and attach language to their imagery. The integration of imagery and language is then applied to computation. They develop the sensory-cognitive processing to understand and use the logic of mathematics in mental and written computation.”

The On Cloud Nine Visualizing and Verbalizing for Math (OCN™) program develops the ability to image and verbalize the concepts and processes of math. Concept imagery and numeral imagery are integrated with language to improve both mathematical reasoning and mathematical computation.

On Cloud Nine develops skills required for success with Common Core math. The standards emphasize a focus on building both computational and conceptual math skills. On Cloud Nine integrates to the Common Core through the following:

Educators can learn the steps of On Cloud Nine Math in one of our acclaimed professional development workshops, and teach your students how to “see” math.

For your convenience, the On Cloud Nine Math workshop is also available online.