Be a part of Lindamood-Bell!
We're hiring!

How to Help Your Child Finish the School Year Strong 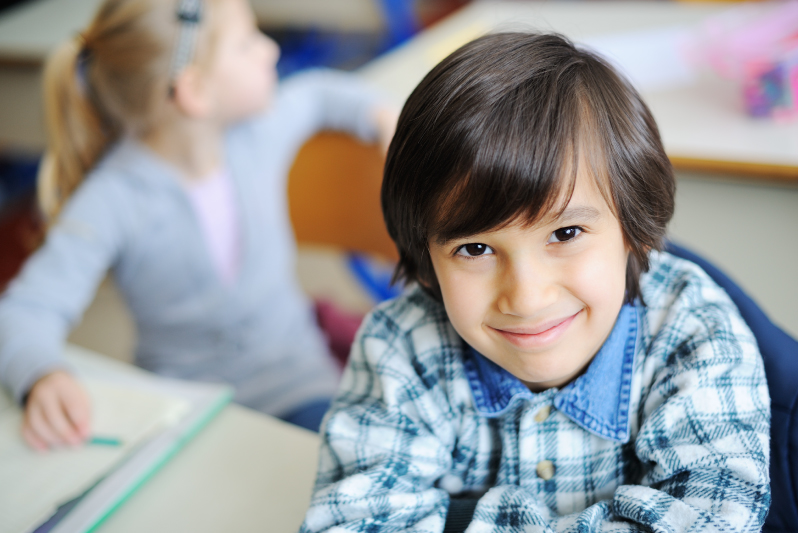 “My teacher hates me!” James exclaimed as he threw his backpack onto the kitchen floor. “She always yells at me for talking or not paying attention, but I am paying attention!”

For parents, it can be disheartening to hear that your child feels disliked or disrespected by his teacher — even if you wonder if he’s exaggerating and maybe things in the classroom aren’t as contentious as he makes them seem.

By this point in the school year, most classrooms have established a rhythm, and it may feel like your child’s personality or learning style just doesn’t mesh well with his teacher’s.  But what can be done?

James’s mother, Christine, took all of the aforementioned steps: she asked James what was happening and took notes while he was talking so he would know she took his concerns seriously. She met with Mrs. Haggerty and remained neutral despite feeling angry and hurt that James felt disliked and disrespected. Mrs. Haggerty reported that James was disruptive in class, didn’t follow her directions and wasted time instead of completing assignments. They decided that Mrs. Haggerty would send home a note each day reporting on James’s behavior.

Christine sat James down and they talked about what he could do to be a good listener and a good friend in the classroom. They practiced examples at home and Christine scoured Pinterest for ideas about motivators and sticker charts she could use to help make James have more fun at school.

Despite everyone’s efforts, James came home crying again a few weeks later. “Mrs. Haggerty gets mad at me for not turning to the right page but she says everything too fast. I can’t read the big words in the Social Studies textbook, so I ask to use the bathroom or make jokes about whoever is sitting next to me. Then Mrs. Haggerty yells at me, and I feel so sad because I was trying my best but I just can’t remember what she said to do!”

For students like James, behaviors often begin in the classroom when the workload becomes too hard or when they realize they aren’t able to read as well or as quickly as their peers. They know they can’t always do the assignments presented to them, so it becomes easier to find new and clever ways to avoid tasks. James has a high IQ, so it’s often assumed that he should be able to read and comprehend as well as anyone — and if he can’t, it must be because he’s being lazy or doesn’t care. James’ self-esteem slowly started to plummet as he noticed more and more how much easier reading was for his peers.

But if the foundational sensory-cognitive skills for reading are not in place, students may struggle to reach their learning potential. A cause of difficulty in establishing sight words and contextual fluency is difficulty in visualizing letters in words. This is called weak symbol imagery. A primary cause of language comprehension problems is difficulty creating an imagined gestalt. This is called weak concept imagery. This weakness causes individuals to get only “parts” of information they read or hear, but not the whole.

Watch the video below to hear a mother describe how Lindamood-Bell instruction helped unlock her daughter’s reading potential. Like James, she was struggling to read despite being extremely bright.

Connect with us
Follow us for the latest news, stories, and more!
30
We are so excited to celebrate our London Learning Center’s 20-year anniversary!
Twitter: lindamoodbell

Help your child start the new school year on the ...

At Lindamood-Bell Academy, we have a recognized ...

Do you know the story of Juneteenth? Learn more ...

It's not too late to enroll! Lindamood-Bell ...

Imagine your child returning to school in the fall...